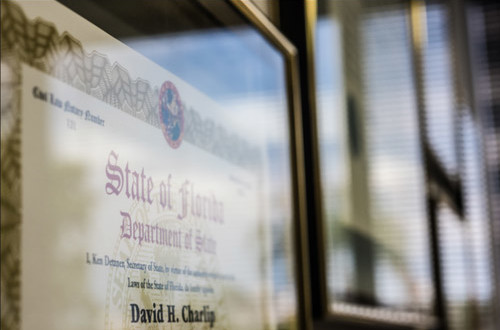 On September 3, Judge Richard Berman of Southern District of New York overturned the NFL’s four-game suspension of New England Patriots’ quarterback Tom Brady.  In so doing, Judge Berman departed from the typical deference accorded arbitration awards by the judicial system. In National Football League Management Council v. National Football League Players Association (http://static.nfl.com/static/content/public/photo/2015/09/03/0ap3000000520629.pdf), Judge Berman invalidated the arbitration because of several “legal deficiencies.” Judge Berman found that Brady had not been given sufficient notice that his actions could result in a four game suspension for equipment violations, such as the deflation of footballs or for being “generally aware” of a violation, because the NFL had no prior precedent of disciplining another player for a similar offense.  Finally, Judge Berman held that Commissioner Roger Goodell, acting as the arbitrator in the case, should have permitted Brady to call a central witness at the arbitration and to examine notes prepared by the NFL in support of its initial determination to suspend Brady.
In my reading of the Decision and Order, I looked for lessons that might be translated to the arena of non-adversarial arbitration, such as that practiced by the Civil Law Notary Arbitration Association. There are indeed some universal “take-away” that any arbitrator or arbitration party, particularly in a non-adversarial arbitration, should embrace.

The Process Maters – A lot
The arbitration award obtained must be a product of both fairness and due process.” Kaplan v. Alfred Dunhill of London, Inc., No. 96 Civ. 259 (JFK), 1996 WL 640901, at *7 (S.D.N.Y. Nov. 4, 1996). Specifically, the arbitrator cannot refuse to hear evidence pertinent and material to the controversy. Additionally, evident partiality remains as a potent reason to refuse to uphold an arbitration award. Finally the arbitrator’s award must draw as its essence from the parties’ agreement, since the arbitrator is not free to merely dispense his own brand of justice. The arbitrator’s task is to effectuate the intent of the parties.

Prior Practice and Precedent Matter
How the parties interpreted their agreement and employed it in practice creates precedent by which the arbitrator should be guided. In his decision, Judge Berman frequently harped upon the lack of notice Brady had concerning the consequences attributable to his alleged actions. All contractual arbitrations arise from an agreement between the parties. Frequently one party or both parties claimed the other breached the contract. As most agreements contain default provisions the consequences attributable to a breach would be outlined and would flow from the intent of the parties as embodied and expressed in their contract. It is the arbitrator’s duty to draw his award from that expression of intent that flows from the parties’ agreement, as opposed to merely dispensing his own brand of justice.

Due Process and Non-Adversarial Arbitration
In his decision, Judge Berman states:
In determining what evidence to admit, “[a]n arbitrator need not follow all the niceties observed by the federal courts.” Tempo Shain Com. v. Bertek, Inc., 120 F.3d 16,20 (2d Cir. 1997) (quoting Bell Aerospace Co. Div. of Textron v. Local516, 500 F.2d 921,923 (2d Cir. 1974)). “However, although not required to hear all the evidence proffered by a party, an arbitrator ‘must give each of the parties to the dispute an adequate opportunity to present its evidence and argument.”‘ !d. (quoting Hoteles Condado Beach v. Union De Tronquistas Local 901, 763 F.2d 34, 39 (I st Cir. 1985). “A fundamentally fair hearing requires that the parties be permitted to present evidence and cross-examine adverse witnesses.” Kaplan, 1996 WL 640901, at *5; see also Tempo Shain, 120 F.3d at 20 (“[T]here was no reasonable basis for the arbitration panel to determine that … omitted testimony would be cumulative …. [T]he arbitration panel must “indicate in what respects []testimony would be cumulative.”) (Emphasis added).
In light of the above, what then do we make of the fact that in non-adversarial proceedings, the parties do not present, at least in a formal sense, their evidence and do not get to cross-examine adverse witnesses? Although at first it would seem that such procedural attributes of non-adversarial arbitration might implicate due process concerns, the fact of the matter is that the parties, by choosing this method of arbitration agreed to those procedures to achieve other benefits not afforded by traditional arbitration methods. That trade-off is both knowing and informed and thus no party to a non-adversarial arbitration should be heard to complain that his inability to formally present evidence or argument or to cross-examine adverse witnesses should result in vacation of an award entered against him.

Conclusion
The lessons of “Deflategate” do not necessarily undermine the efficacy of arbitrations. Instead, Judge Berman’s insightful opinion underscores that fact that as an effective dispute resolution tool, arbitrations must be “judicious” as opposed to “arbitrary” and arbitrators must be guided by fundamental principles of fairness and due process. By holding arbitrations and arbitrations true to these bedrock concepts, Judge Berman has strengthened the institution of arbitration and given the public at large enhanced confidence in the fairness of future arbitrations.  Non-adversarial arbitrations such as those performed by the Civil Law Notary Arbitration Association should likewise benefit from such decision and its newsworthy dissemination. 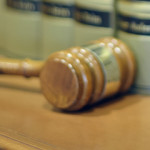 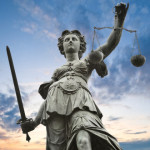 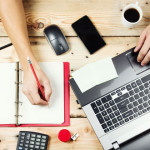