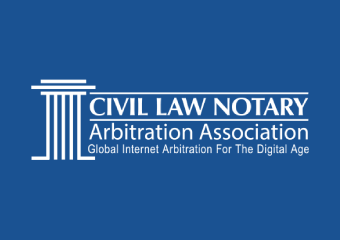 With these settlement figures in mind, it should come as no surprise that BIPA has quickly become the newest class action litigation trend in the nation — and is here to stay for the foreseeable future.

While BIPA filings will continue to flood the courts, companies have several tactics available that can significantly limit their scope of BIPA liability exposure.

One of the most robust defense measures companies can employ to shield themselves from BIPA class action litigation is the effective employment of online terms of use containing arbitration provisions.

Used properly, binding online arbitration agreements can serve as a powerful tool to force class lawsuits out of court and into individual arbitration, and can be deployed at the outset of litigation to procure an early departure from costly BIPA class actions.

Before compelling arbitration, a court must determine: (1) whether a valid agreement to arbitrate exists; and (2) whether the particular dispute falls within the scope of that agreement. In determining whether a valid arbitration agreement exists, courts apply ordinary state law principles that govern the formation of contracts.

In the context of online terms of use, most disputes involving arbitration concern challenges as to whether the plaintiff assented to the defendant’s terms.

Where a plaintiff does not have actual notice of the terms of an online agreement, the determinative question is whether the website puts a prudent user on inquiry notice of the contract terms. Inquiry notice depends on the clarity and conspicuousness of arbitration terms. In the context of internet-based contracts, clarity and conspicuousness are a function of the design and content of the relevant interface.

An arbitration agreement will be found where notice of the arbitration provision is reasonably conspicuous. This is a fact-intensive inquiry that requires courts to look more closely at both the law and the facts to see if a reasonable person in the plaintiff’s shoes would have realized that he or she was assenting to a contract.

Today, the scope of liability exposure stemming from the use of biometric data continues to expand at a rapid pace. At the same time, many aspects of our daily lives have moved online since the onset of the COVID-19 pandemic. Consequently, the importance of ensuring online terms of use and arbitration provisions can be enforced when needed has risen greatly.

Ordinarily, careful consideration is given to the specific language that goes into online terms of use and arbitration provisions. Often, however, much less care is given by businesses as to how those terms are presented to users on their webpages or mobile applications. In many instances, inadequate presentation of online terms of use alone may negate the ability to utilize an expertly drafted arbitration provision.

As indicated above, a website or mobile app incorporating an online terms-of-use agreement must provide users with reasonable notice that their use of the site or click of a button constitutes assent to the agreement in order for it to be enforceable.

In the context of online terms-of-use agreements, courts will scrutinize the facts underlying the alleged contract formation with a fine-tooth comb, carefully evaluating the user interface and the manner in which the terms are presented to the user at the time he or she purportedly entered into the agreement.

Whether online terms of use are enforceable will turn on the totality of the circumstances and, in particular, whether the company’s website or mobile interface presents the terms to the user in a sufficiently clear and conspicuous manner.

There are several key best practices that companies should consider to maximize the likelihood that an online arbitration provision will be upheld as enforceable in the event it is challenged in court.

First and foremost, a so-called clickwrap agreement — in which, after being presented with the terms, the user must click an “I agree” button or take similar action explicitly indicating his or her assent to the terms before the user can proceed further on a website — is the preferred method for binding users to internet-based contracts, as clickwrap agreements are routinely enforced by courts.

Companies should implement clickwrap agreements whenever feasible to maximize the likelihood of being able to enforce online terms and arbitration provisions if the need arises.

However, for a variety of reasons, companies may opt to implement a different method for obtaining assent that does not involve an affirmative act on the part of the user. These types of agreements have many names — such as browsewrap, hybridwrap, hybrid scrollwrap and sign-in-wrap, to name a few — all of which involve posting the terms of use on a webpage via a hyperlink.

Companies should keep in mind the following rules of thumb when crafting and designing online terms of use, including those containing an arbitration provision, that do not involve an affirmative act for demonstrating assent:

With biometric privacy litigation continuing to proliferate with no end in sight, the effective use of online terms of use and arbitration provisions is more important than ever. Significantly, however, many courts remain skeptical of arbitration clauses contained in online consumer terms-of-use agreements.

As such, companies that collect and use biometric data and also maintain consumer-facing websites or mobile apps should give careful consideration to how their terms of use are presented to online users to ensure the ability to compel arbitration of BIPA class action litigation and similar biometric privacy disputes if the need ever arises.